For Teens, The Climate Crisis is Personal 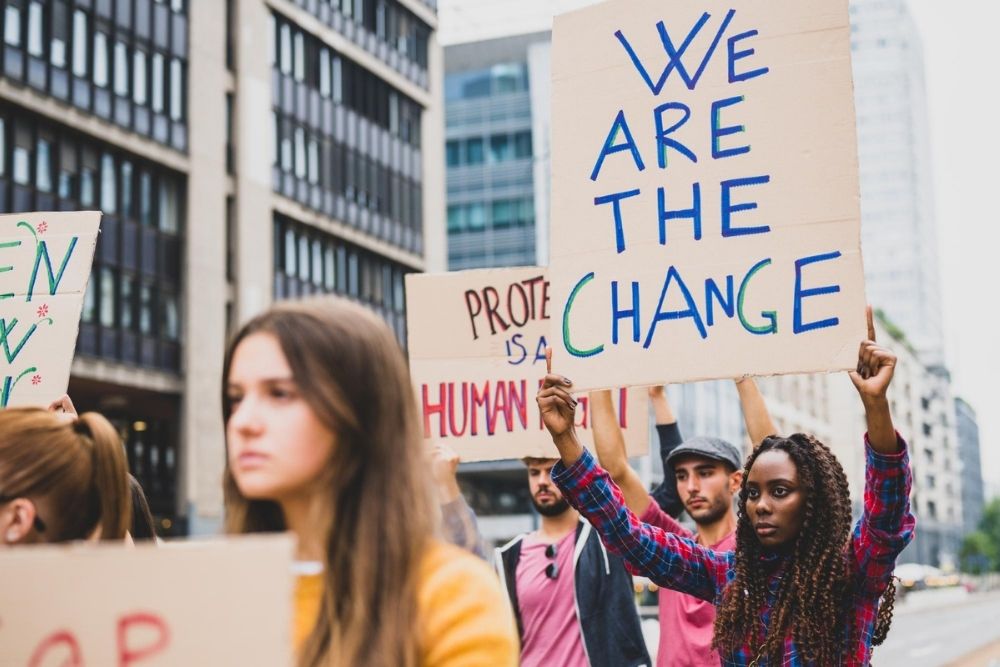 For Teens, The Climate Crisis is Personal

Current research shows that the physical health and mental wellbeing of the largest generation of teenagers in human history is being negatively impacted by the global climate crisis. Many of today’s teens feel incredibly anxious about the health of the planet and what it means for their future. Published and forthcoming research involving tens of thousands of young adults (aged 16-25 years old) shows that teens feel angry, anxious, and uncertain about the sustainability of the planet. A strong correlation exists between these negative emotions and beliefs that government responses to climate change have been inadequate.

Why are Teens Worried About Climate Change?

For teens, the climate crisis is personal. Many teens are troubled with how climate change will impact their futures beyond their formative years. They are met with concern for their livelihoods, health, enjoyment of natural resources, and their ability to access clean air, water, and fresh food. Some teens feel powerless to influence adult behavior and the actions of governments. Others, as we’ve seen in the media, are enacting change locally and globally but are worried they cannot make a substantial impact.

Teens are particularly concerned about climate issues such as:

During adolescence, the brain is rapidly developing which makes teens highly vulnerable to events that affect physical and mental health, such as:

Environmental toxins released into the air, water, and soil during conventional farming can cause respiratory diseases, hormonal imbalances, and other illnesses.
Catastrophic environmental disasters destroy natural resources and uproot teens from their homes, school, and normal routines (much like the COVID-19 pandemic).
A teen’s locus of control fluctuates during the teen years. Realizing that the previous generation has failed them on climate change, teens experience resentment, frustration, anger and sadness. This adds to the existing rollercoaster of emotions that are part of typical teen development.

Today’s savvy teens see a long, uphill battle against industry and government that has achieved very little. Teens also have witnessed the effect of the COVID-19 pandemic on the global supply chain, the economy, the environment, and public health. Combined with the toll that the pandemic took on teen mental health, teens have collectively expressed a grim outlook and feel their futures are being stolen from them.

What Can Teens Do About Climate Change and Support Their Health?

The fact that teens are becoming more aware of the reality of climate change is an important first step. While not all teens have it in them to become an activist on a global stage, they can take small and significant steps to protect the planet and their health.

Get the Feelings Out. When their feelings are out in the open, it can help remove the sting and they can make sound decisions about how they want to deal with what they are feeling.
Find Resources. Teens can address their feelings with a trusted adult, counselor, or by joining a teen advocacy group.
Look for Role Models. There are many teen role models on the global stage and likely in a teen’s community. They can connect with these climate change leaders and find out how to get involved.
Stay Informed and Involved. Nothing defeats feelings of powerlessness better than becoming educated and identifying ways to be involved. Taking action can be something simple like signing a petition, writing letters, or attending a rally.
Act – Small Actions Make a Difference. If getting involved with a group feels overwhelming, there are things that can be done at home to support planetary health: recycling, growing an organic garden, composting, and reducing food waste are just a few examples.

If a teen is not showing resilience over negative feelings, professional counseling is a healthy next step. Uncertainty about the future can lead to fear and one cannot thrive in that emotional state. We want to rest assured that our teenagers have the emotional fortitude they need to create a better, brighter tomorrow for themselves and for this beautiful planet.

Love this blog? Check out Regenerative Agriculture – A Holistic, Symbiotic Solution for a World in Crisis next!